Connor Willis was involved in both robberies, which took place within a month of each other in 2019. 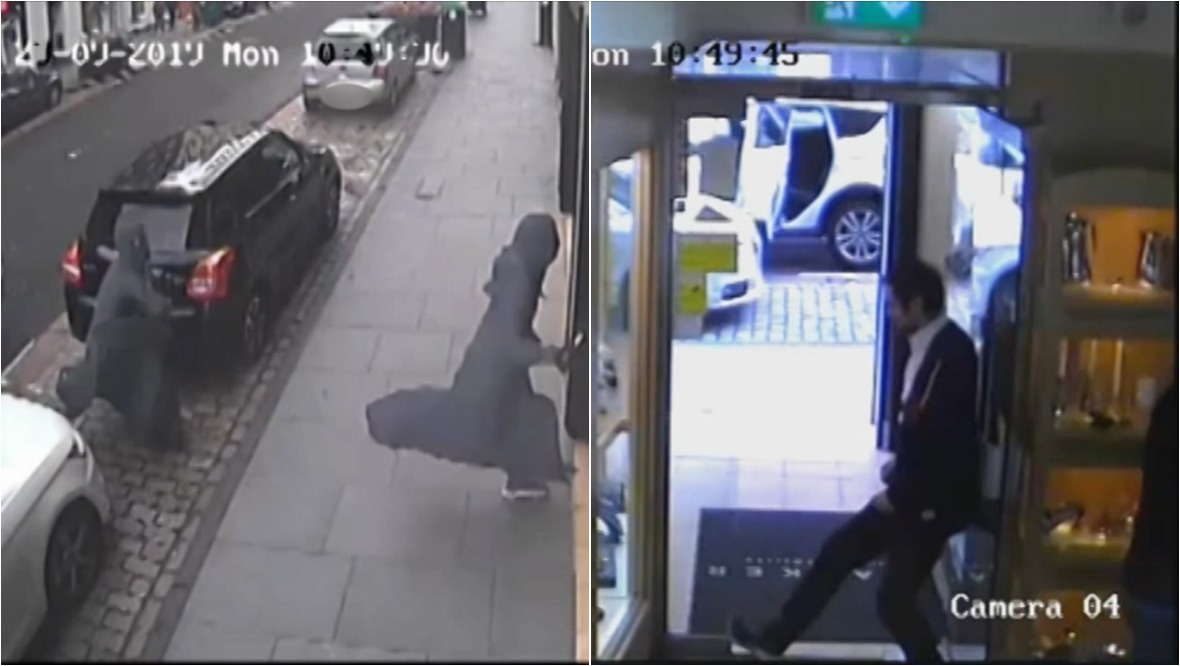 Three robbers who took part in armed raids at jewellery stores in Edinburgh and Dundee have been jailed.

Connor Willis was involved in both robberies, which took place within a month of each other in 2019.

Anthony Wheeldon and Dean King were involved in the Dundee robbery.

The three men plead guilty at the High Court in Edinburgh on October 7 and were sentenced to a total of 32 years in prison on Tuesday.

Willis, 24, was one of four men who carried out the robbery at Miena Jewellery on Great Junction Street, Edinburgh on August 31, 2019.

The men, who were all masked, arrived at the shop in a car stolen from a house in Edinburgh the night before.

One stayed in the car as three of the men used a sledgehammer to force their way through the locked door.

The robbers threatened to kill the shop owner and one attacked him with an axe while the others smashed display cabinets grabbing silver chains, necklaces and bangles, gold bars, chains and coins, watches, and earrings worth around £27,000.

The robbers sped off in the getaway car after the shop owner set off the fire extinguisher and filled the shop with fog.

Wheeldon, 40, and King, 28, and Willis were involved in a separate armed robbery in Dundee the following month, along with two others.

Just before 11am on September 23, 2019, a stolen car pulled up outside Walker the Jeweller on Union Street, Dundee and Dean King got out. He walked to the shop and a member of staff unlocked the door to allow him access.

King bent down in the doorway to tie his shoelace, preventing the door from closing. When he didn’t move, the staff member became suspicious and tried to push the door closed.

Three men came out of the car and into the shop carrying an axe, hammer and mallet. They threatened staff and customers and smashed the display cabinets, taking two Rolex watches worth £17,850. They fled when staff set off an anti-robbery fog device.

A customer who tried to fight the robbers was hit on the head with the mallet and had to be taken to hospital for treatment.

Jennifer Harrower, Procurator Fiscal for Specialist Casework, said: “These men travelled to Scotland, armed themselves and carried out violent robberies in broad daylight.

“These were both terrifying ordeals for the staff and customers involved, particularly the two men who were attacked and injured during the robberies.

“It is thanks to thorough investigative work and co-operation with police forces in other parts of the UK that these three men have been brought to justice.”