Willie Thomson can be seen beaming with joy as he hears from the 'magic manager'. 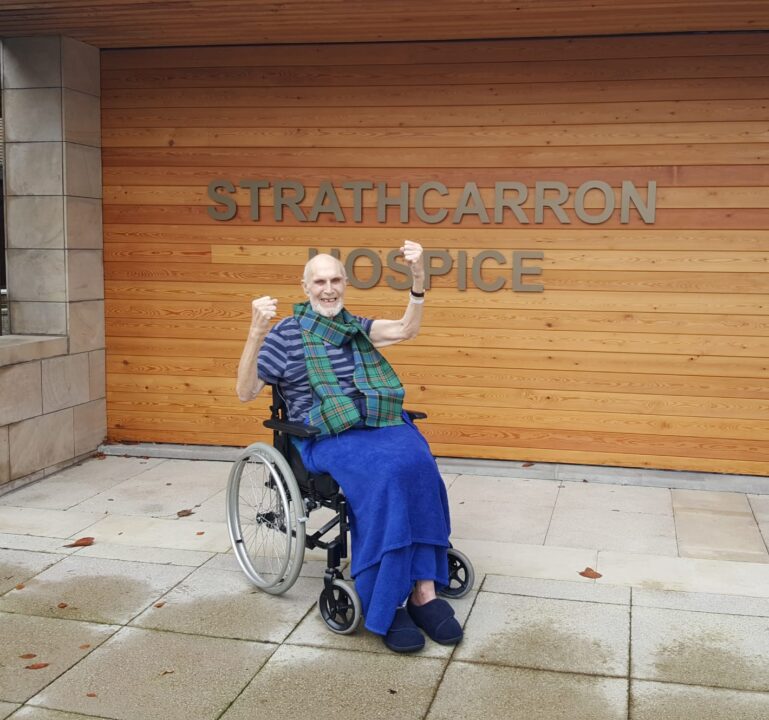 A hospice has shared the moment an elderly cancer patient heard a message from Scotland manager Steve Clarke recorded especially for him.

Willie Thomson, 79, can be seen beaming with joy as he hears from the “magic manager” shortly after the national team’s historic penalty shoot-out win in Belgrade.

Mr Thomson is an in-patient at Strathcarron Hospice in Stirlingshire as he deals with stage four cancer in his bones.

Earlier, the hospice had tweeted at the national team with a picture of the 79-year-old smiling in reaction to Scotland’s win in the European Championship qualifier.

Clarke responded with a video message saying: “Willie, I saw your picture on Twitter.

“Fantastic to see you with that smile on your face. Says what it means to everybody in the country.

“I hope you enjoyed the night. I hope you’re proud of the boys, their performance.

“And we’re certainly proud of you.”

On Saturday, Strathcarron Hospice shared a video on Mr Thomson’s reaction as staff showed him the Scotland manager’s message.

He beams with joy and says “I’m so proud of you”.

The 79-year-old then says he has a message for Clarke: “I wanted to tell him his style of play is what caused it all. He’s a magic manager.”

The hospice provides palliative care to people in Forth Valley, Cumbernauld and Kilsyth.

Staff say the pandemic has made their fundraising exceptionally difficult as they need to raise £12,900 a day to run the facility.

Ward manager Susan Bateman said: “The last eight months at the hospice have been a very difficult and emotional time.

“Overnight on March 23, the atmosphere within the hospice building changed from a warm and welcoming place where cuddles were on tap, to an empty shell of a building with only our frontline staff remaining to provide essential care for our patients.

“Families were asked to leave saying goodbye to their loved ones for what might’ve been the last time, and both staff, patients and families have shed many tears of sadness, worry and frustration over the last eight months.”

She continued: “Despite this, staff have continued to shine and have tried so hard to keep glimmers of what we used to do alive.

“We have continued to care for all those who have needed us, bringing comfort and, we hope, some joy.

“Willie’s story has not only lifted Willie but it has lifted the hearts of the staff.

“To witness the joy from Willie has been the most amazing gift and has made the heartache over the last eight months to melt away.”