Kevin O'Neil hopes to find a man called Paul to thank him for his generous gift at Edinburgh's Royal Infirmary last year. 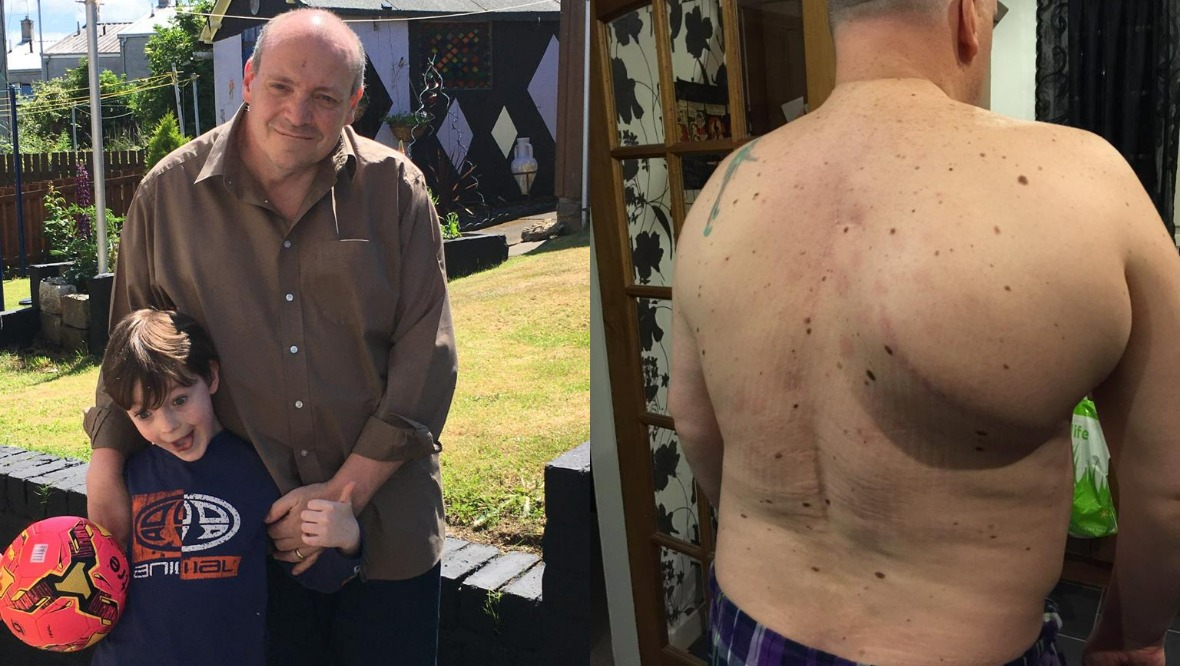 A cancer patient has launched an appeal to track down a kind stranger from his hospital ward who surprised him with pizza after being discharged.

Kevin O’Neil was overwhelmed with the mystery man’s kind gesture and is keen to thank him in person “over a few pints”.

Mr O’Neil is one of only 15 people in the world with a rare form of cancer called malignant myopericytoma.

The 51-year-old’s diagnosis resulted in him having a massive 11lb tumour removed from his chest and numerous surgeries and hospital stays since.

Last March, Mr O’Neil was in Edinburgh’s Royal Infirmary for an operation on his heart when he got talking to four other men on ward 102.

The group ended up reminiscing about the things they were missing in hospital and Mr O’Neil joked about longing for a good pizza.

The men bonded but Mr O’Neil was moved to a different ward and wasn’t sure if he would ever see them again.

One of the friendly patients, named Paul, was then discharged from hospital, Mr O’Neil said: “He stuck his head in my room and said ‘look, it was really nice meeting you and I’ve a nice surprise for you’.”

A few hours later, a giant Domino’s pizza feast with all the trimmings arrived, making him emotional at the generosity shown.

The gesture meant a great deal to Mr O’Neil and brightened up what has been a tough time for him and his family.

His only regret is that he never got Paul’s details to thank him.

Reaching out, Mr O’Neil said: “Paul, thank you very much for what you did for me last year. It’s something that’s stuck with me.

“If you want to catch up at some point, I’d like to have a proper conversation and thank you over a few pints – when that’s allowed.”

Paul is an English submariner who is in his early 70s and lives in Edinburgh.

He previously had a submarine business in Inverkeithing, Fife, and was in ward 102 at the Royal Infirmary of Edinburgh in March last year.

If you know Paul, or are Paul, Mr O’Neil would like to get in touch.

If you can help reunite these ‘pizza pals’, email laura.boyd@stv.tv