Leo Barker has been honoured in recognition of the courage he showed when battling the disease last year. 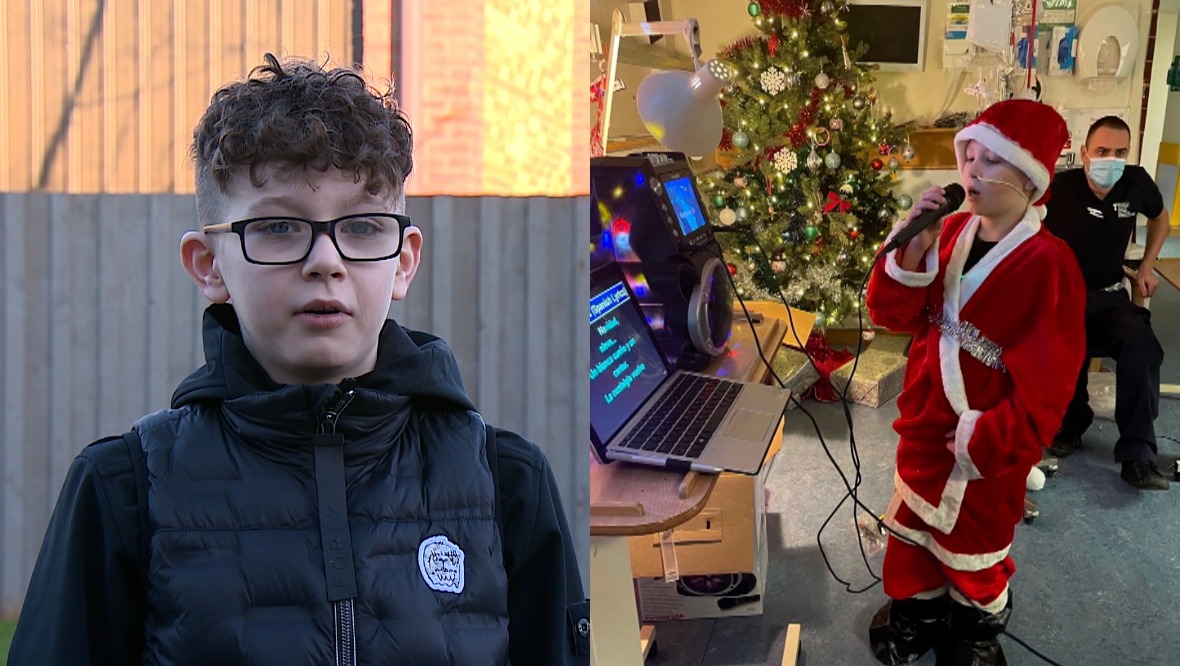 A brave schoolboy has been presented with an award in recognition of the courage he showed when facing cancer last year.

The 11-year-old’s life changed forever last June, when his mum took him to the doctor after noticing he was overly tired and could see a lump protruding from his stomach.

Laura Barker told STV News: “It all happened really really quickly and it’s just the news you think you’re never going to get.

“He had tumours in the liver and was diagnosed with hepatoblastoma – quite a rare form of cancer, especially for Leo’s age.”

Leo was just ten years old at the time and underwent three rounds of chemotherapy, but ultimately he needed a liver transplant.

Ms Barker said: “Leo was made active on the transplant list on a Monday and we got a call at half past four the next morning. You get that phone call and you know straight away cause who else is going to call at that time.

“The world just stands still because you know what’s ahead of you.

“Leo was excited cause all he had wanted for his birthday was a new liver so he was excited to get up and get going but for Steven, his dad, and I, we were more anxious.”

The transplant took place at Birmingham Children’s Hospital and Leo and his mum travelled by air ambulance to undergo the life-saving treatment – a six-hour operation.

Laura said: “It’s something I really battled with when Leo was having his transplant because as much as you have that relief that your child is going to saved; you can’t help but think about the family that’s grieving for a loved one.

“We don’t know who the donor is, but we will be forever indebted to them. We think and talk about them often in this house.

“What do you say to that person that has given you the gift of life? We’re just so grateful.”

Just six days after the operation, Leo was up and dancing in his room, keeping the staff entertained and spirits up, something he has done throughout his treatment.

He said: “I played with the nurses all the time, did dance-offs with them, had a laugh with them, just trying to do the best I could.

“I knew if I was getting sad all the time it wouldn’t be good and I just had to go through it.”

Leo’s incredibly positive attitude also helped his family get through the ordeal – one which was made all the more difficult with Covid restrictions meaning only one parent could be by his side at a time.

It is also his upbeat attitude that has earned him his Cancer Research UK Star award.

Proud mum Laura said: “We can tell Leo all day everyday how proud we are of him and how remarkable we think he is but for Cancer research to acknowledge that, it’s really special and validates what we keep telling him.”

Leo has now been chosen as the face to launch the Star award scheme in Scotland, which is open to all children under-18 who live in the UK and have been treated for cancer in the past five years.

To nominate a star visit cruk.org/starawards.