Royal National Lifeboat Institution evacuate youngster who had got into difficulty off the East Neuk of Fife. 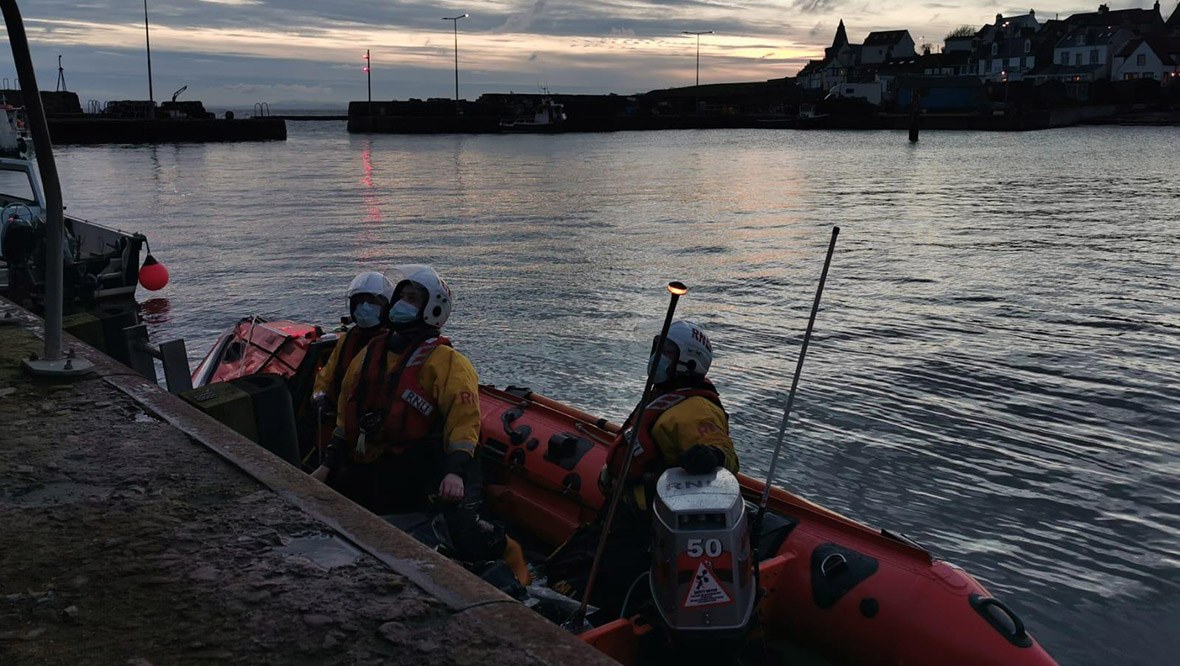 A boy stranded on a rock off the East Neuk of Fife had to be rescued by the Royal National Lifeboat Institution (RNLI).

The volunteer crew at Anstruther was scrambled to assist the youngster, who was stuck on a rock near to St Monans Church.

He was unable to cross back to shore due to the rising tide and had to be evacuated.

After assessing his condition, the boy was helped to the lifeboat and returned to neighbouring St Monans Harbour where he was passed into the care of the waiting Coastguard Rescue Team.

Volunteer crew member Euan Hoggan, who scaled the rock to help the boy, said it was a straightforward rescue for the team.

He said: “The young man was stranded on the rock for a considerable amount of time before the alarm was raised.

“We urge anyone in difficulty around the coast to dial 999 and ask for the Coastguard.”

The lifeboat returned to Anstruther shortly before 6pm and was made ready for service.