Chambers Street in Edinburgh has been cordoned off and the building evacuated. 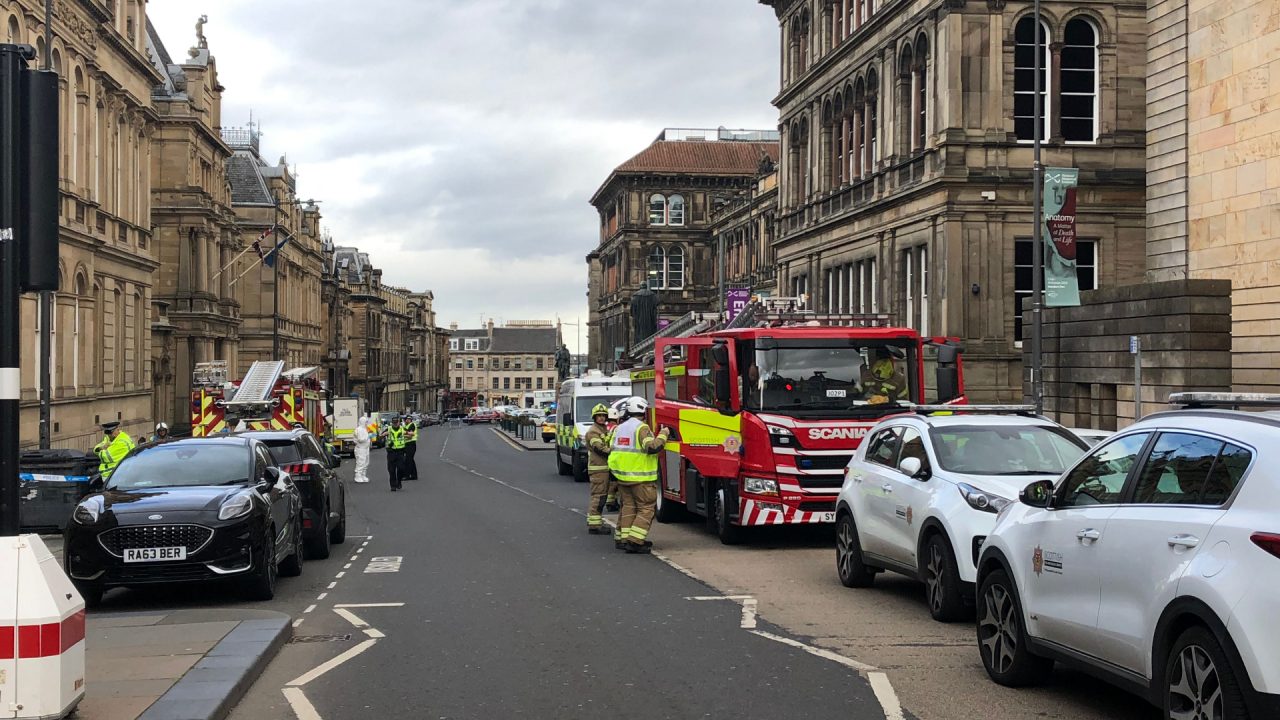 A Crown Office building has been evacuated and bomb disposal called after a suspicious package was reported.

Chambers Street in Edinburgh was cordoned off by police for several hours on Tuesday.

Bomb disposal experts were seen wearing white protective suits within the cordon handling what appeared to be a black bag while police officers guarded the area.

Firefighters were also attendance at the scene along with an ambulance crew.

Police Scotland spokesperson said: “Police received a report of an unidentified package at a building on Chambers Street, Edinburgh around 10.55am on Tuesday, September 27, 2022.

“Officers are in attendance and the building has been evacuated. Enquiries are ongoing.”

While the Crown Office was evacuated, business at the Sheriff Court remained ongoing.

A Crown Office spokesperson said: “The Crown Office is closed at present due to an incident. Urgent and essential work is being done by staff in other buildings.”

The Scottish Fire and Rescue Service has been contacted for comment.