Police were in attendance and the Explosive Ordnance Disposal (EOD) were called to the scene. 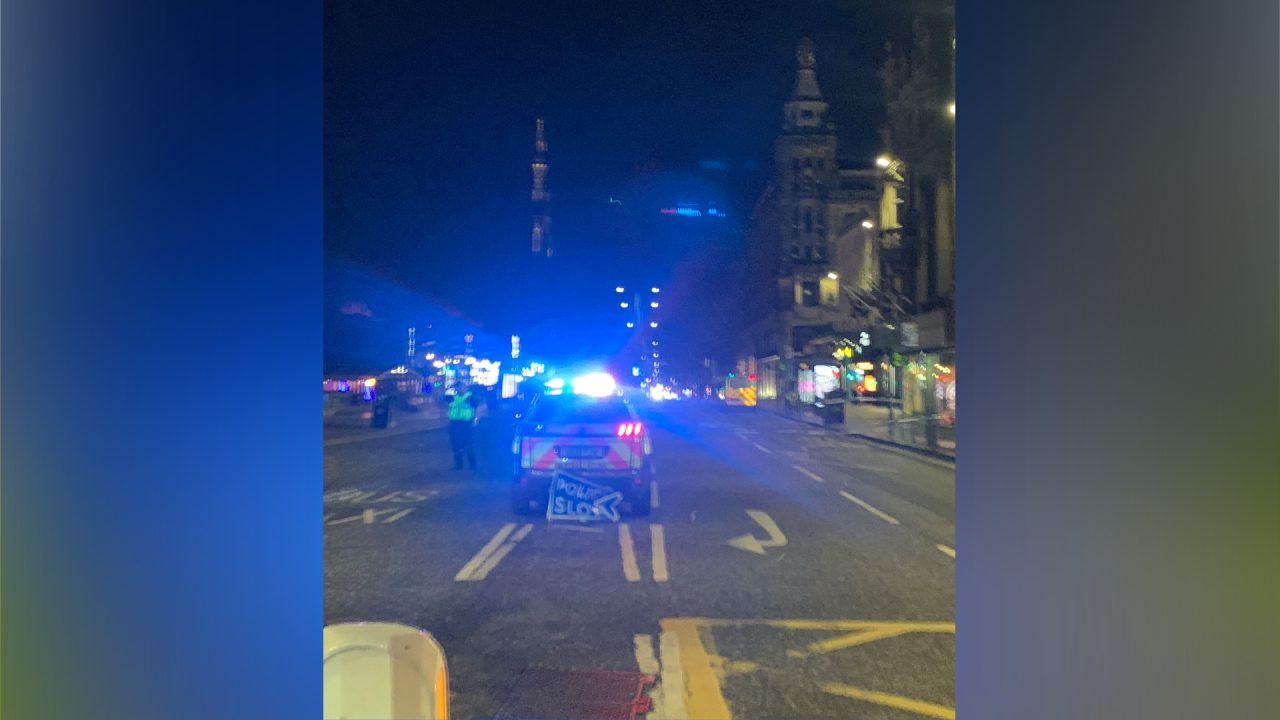 Edinburgh’s Princes Street was closed down after a man acting suspiciously was reported to police.

Officers were called to investigate around 5.30pm and say they later discovered a bag at the scene.

The Explosive Ordnance Disposal (EOD) were called to the scene.

Footage from the scene shows pedestrians cordoned behind police tape outside the Balmoral hotel.

Many were evacuated from nearby businesses.

A Police Scotland spokesperson said: “Around 5.30pm on Thursday, 10 November, 2022 officers were called to Princes Street, Edinburgh to a report of a man was acting suspiciously.

“A bag was later found nearby and a cordon has been put in place as a precaution. Officers are in attendance and have called EOD.”

A statement from Network Rail read: “Due to the ongoing police incident on Princes Street, Edinburgh Waverley can only be accessed via the Market Street entrance.

“All train services are operating normally. Please speak to railway staff if you need any assistance or advice.”

Passengers were ushered out of Edinburgh Waverley station earlier however ScotRail say services are running.

In a Tweet ScotRail said: “Following the police dealing with an incident at Edinburgh Waverley a few minutes ago, all lines have now reopened. We’re sorry if your service was cancelled or you’ve experienced a delay to your journey.”

Stagecoach said that it was unable to service Edinburgh Bus Station as a result of the incident.