The first written record of distillation in Scotland was made at Lindores Abbey, Fife in 1494. 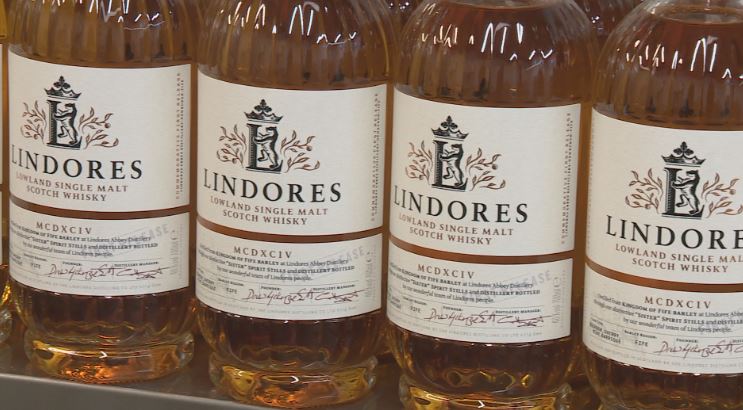 The historic birthplace of Scotch whisky has finally produced its first tipple of modern times.

The first written record of distillation in Scotland was made at Lindores Abbey in Fife more than 500 years ago.

With ‘the water of life’ flowing once more, it’s hoped the revival of production will preserve the site for years to come.

In 2017, a new distillery opened on the site and since then the spirit has been slowly maturing as it prepares to go on sale to the public.

Andrew McKenzie Smith from Lindores Abbey Distillery said: “It’s a huge moment for us at the Distillery; I personally feel it’s the end of the first chapter, and the beginning of the second, because it’s been a very long journey to get to this point.

“But now we are in the mix and we have whisky.”

Lindores Abbey is where the first record of the word whisky was discovered in 1494.

So it’s the perfect place to find out what it takes to produce ‘the water of life.’

“Well I suppose a lot of it is listening to the experts because I’d never built a distillery before,” Andrew explained.

He added: “We use local barley, all our barley now comes within a quarter-mile of the distillery.

“Our stills are Forsyths of Rothes, so they’re seen as the Rolls Royce of stills and we’re really, really proud of the way it’s turned out.”

After five centuries, bottles of single malt, produced at Lindores are finally heading off to supermarket shelves across the globe.