Skye's quick-thinking parents sent clip to doctors and had her diagnosed within days. 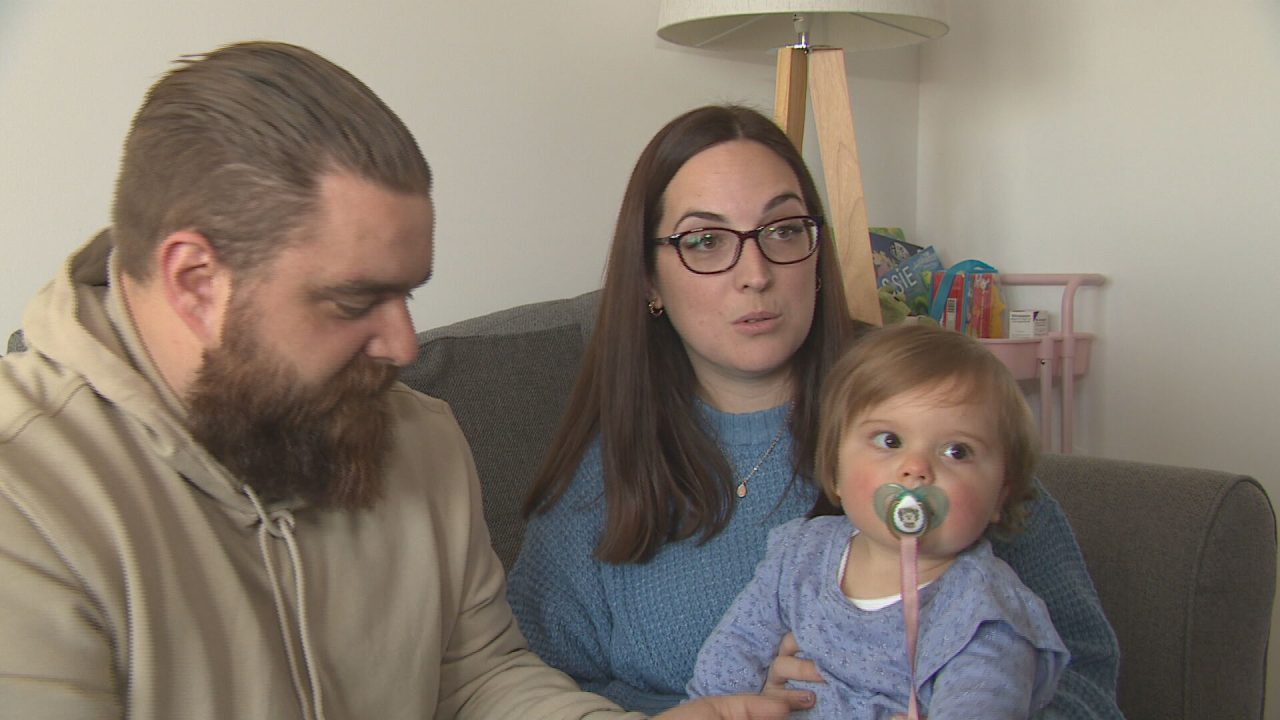 A baby was diagnosed with a form of epilepsy after her parents sent in a video of her symptoms.

When Christina and Craig Watt, from Whitburn, West Lothian, spotted a subtle flicker in the eyes of their daughter Skye when she was six months old, they knew something was not right.

They sent a video of her to NHS video-messaging service VCreate, which allows patients to upload videos of the symptoms rather than wait for a scheduled appointment.

Christina explained they had became alarmed after noticing Skye’s “head and eyes rolled back” in a series of small episodes last December.

She told STV News: “She was just lying on the floor the first time I saw it properly. She had gone rigid.

“But it was not even a second, I thought it was a bit weird so I thought I’ll take a video.

“It was worrying but she came back round every time, a second later she’d me smiling. it was really subtle.”

Within 24 hours of sending in the video, the family were booked in for a clinic appointment with the paediatric neurology team and were advised that the movements could be a result of infantile epilepsy.

Skye underwent an EEG which confirmed the infantile spasms epilepsy syndrome diagnosis and was given medication to control her irregular brainwaves.

She also requires physiotherapy to help with the damage – though her parents said things could have been much worse if her diagnosis was delayed.

Christina added: “It was all within a week, including medication. They were able to look at video and see what actually happened. It helped us get a diagnosis straight away.

“The brain waves would have caused further damage than what has already happened. It gave us peace of mind.”

Consultant paediatric neurologist Dr Jay Shetty said: “As the condition was caught so quickly and medication started right away, it prevented more long-term damage being inflicted on Skye’s brain as the left side of her brain had nearly ceased normal brainwave activity which has left her with some damage.”