The container was unearthed by construction workers in Leith, who are moving the figure to allow tram works to get under way. 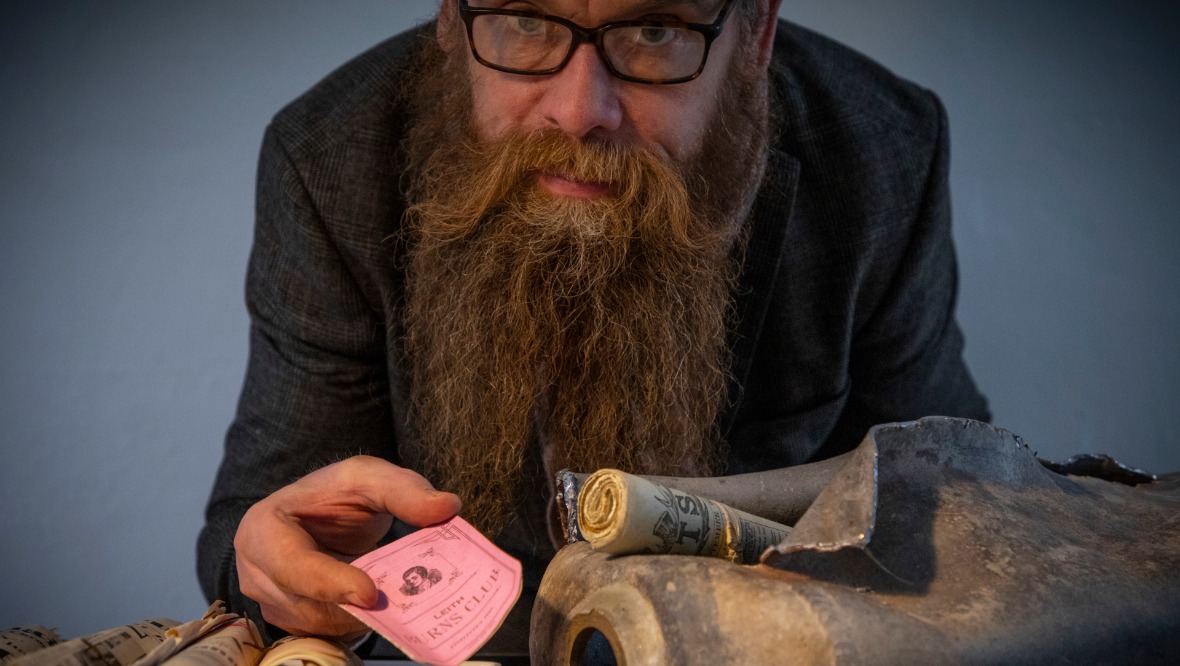 Artefacts dating back to 1898 have been uncovered from a time capsule beneath a statue of Robert Burns in Edinburgh.

The container was unearthed by construction workers in Leith, who are moving the figure to allow tram works to get under way.

Among the contents of the capsule were newspapers from the time, gold coins and a document listing who who contributed to the statue, featuring a verse from Burns’ poem Rantin’ Rovin’ Robin.

City of Edinburgh Council archaeologist John Lawson said: “It’s not every day that we unearth direct messages from our past and information on what people felt was important to commemorate Robert Burns for future generations.

“We’ll be sharing our own messages with the future when the statue is returned, by placing a new time capsule, and we’re looking forward to working with the local community to find out what they think is important about Leith today and what they hope Leith and Edinburgh will be like in the future.”

The team also revealed the capsule had been opened and resealed when the statue was last moved in the early 1960s – meaning there’s a letter and papers from that period as well.

It is hoped the artefacts will shed some light on life in Victorian Leith and how they might have celebrated the Bard back then.

Conservator Nic Boyes, who has been working on behalf of Morrison Utility Services, said: “For me it was an utter delight to have done work to reveal the contents of this time capsule and I must pay credit to the people who opened it in 1961.

“They retained the container which has been a perfectly functional vehicle to bring these items, yet to be really processed, into our knowledge.

All of the items will be carefully examined and recorded, before being placed back under the statue once it’s returned after the tram works.

A 2020 time capsule will be added, which will be uncovered by Burns fans of the future.