Illness meant Major Sam Nicholls was unable to be deployed to Afghanistan. 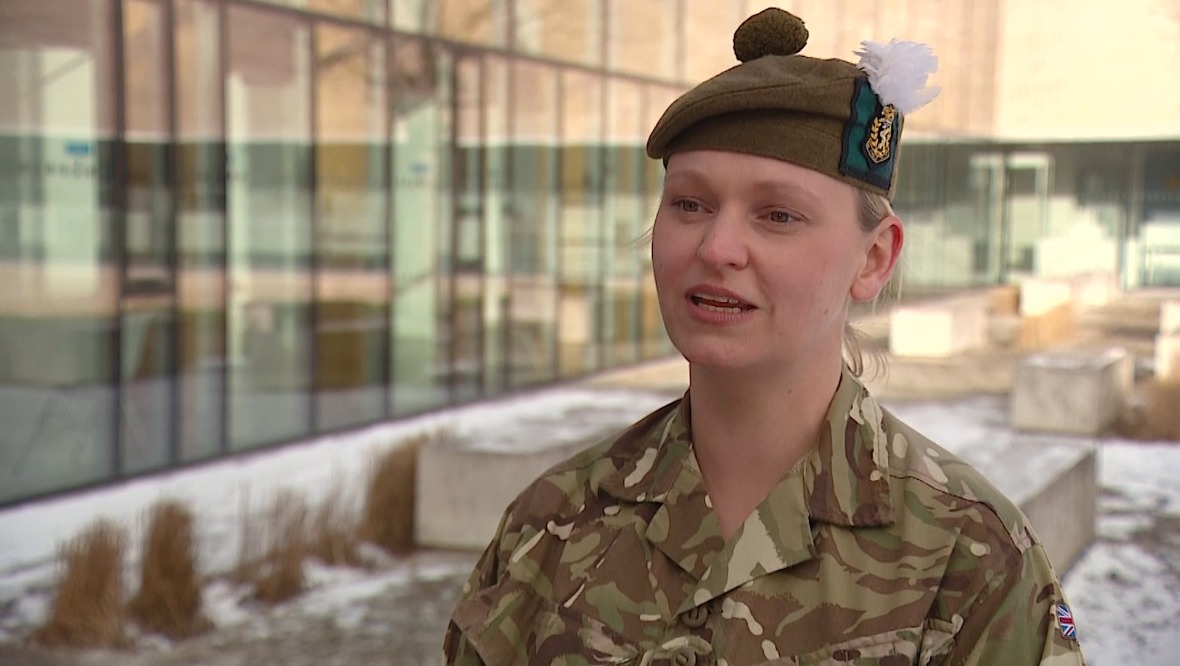 An Army medic who contracted coronavirus last year is helping the vaccination effort in Scotland, after the illness meant she could not be deployed to Afghanistan with her unit.

Major Sam Nicholls had been due to go to Kabul with 2 Scots, who she described as being like her “family”.

The virus led to a lengthy recovery period, but she is now one of several Army medics helping NHS staff with the vaccine rollout.

On Friday, she was part of the team at the Forth Valley College vaccination centre in Stirling, near where she grew up.

She said: “I got Covid right at the beginning of the pandemic, in March last year.

“It’s been a reasonably long and slow process trying to get back on my feet after that.

“I was looking after my wee boy through that.

“I was feeling incredibly short of breath, tired – a cough like I’ve never experienced before.”

The virus affected her military career as she struggled to keep up with the physical demands.

Second Battalion, the Royal Regiment of Scotland, is currently in Afghanistan as part of Operation Toral, the UK’s ongoing mission in the country.

Maj Nicholls has been part of the battalion for 18 months, but she was unable to join them when they deployed in October.

She said: “It’s really difficult. They are my group of people I look after, they are like my family.

“I would love to be out there with them.

“But it’s wonderful to be here and to be able to be engaged in something and doing something to help.”

Maj Nicholls is part of several vaccine “quick reaction” forces in Scotland, which can be called on to help health boards with the programme.

She said the soldiers taking part in the vaccination effort are proud to be working alongside the NHS, adding: “I think everyone’s been loving it, everyone’s been enjoying the opportunity to come away from their units, do something different, and get involved in something that feels really worthy.”

Meanwhile, a further 353 armed forces personnel will deploy on the “front line” of the Covid-19 vaccination and testing effort in Scotland, the Defence Secretary has said.

Ben Wallace visited a vaccination centre at Forth Valley College on Friday, where he met soldiers administering injections to the public alongside NHS staff.

A total of 466 military personnel are currently deployed to help civil authorities in Scotland.