The toads have needed a bit of a helping hand crossing busy roads in Edinburgh. 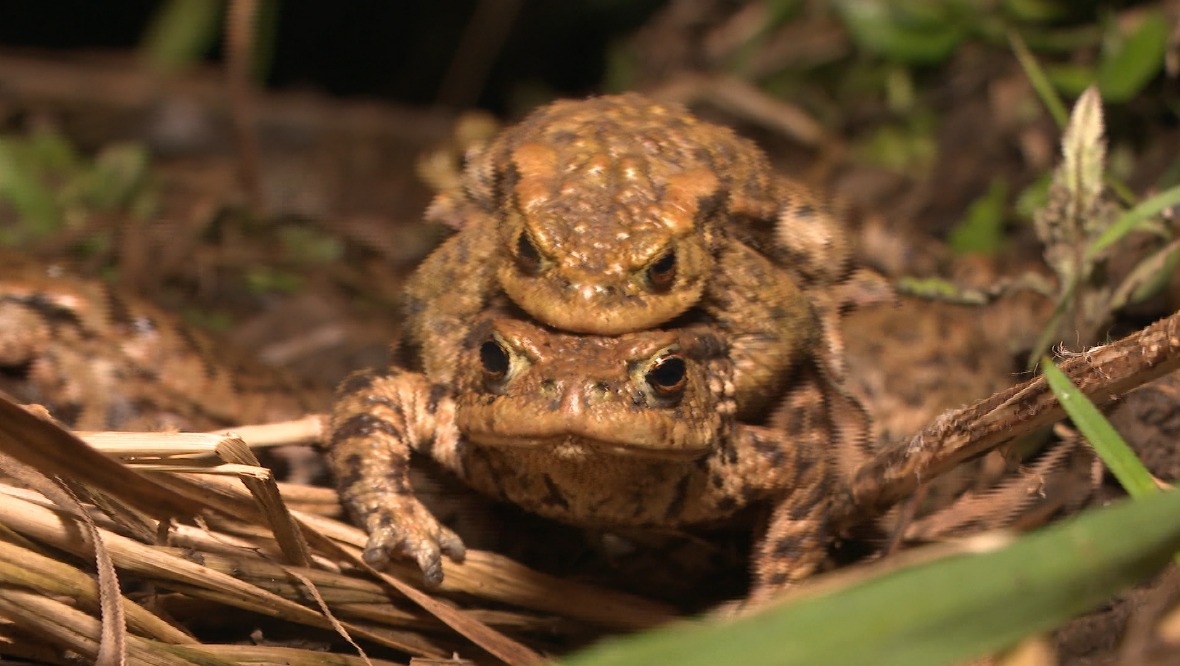 Thousands of toads have been rescued by ‘toad patrols’ over the last few weeks during their annual journey to their breeding ponds.

More than 2500 toads have been rescued by volunteers across Edinburgh and the Lothians during their migration.

The Lothian Amphibian and Reptile Group (LARG), which has been running the patrols for the last 12 years, said this includes between 500 and 700 female toads. This means an extra one million toad eggs in ponds – a considerable achievement in the task to protect the species which has seen numbers plummet over the years due to habitat loss.

In the UK the toad population has declined by 70% in the last 30 years, according to research from Save The Frog.

Each year the toads wake from winter hibernation and head en masse to ponds which may have been used for generations, but it often involves risking their lives crossing busy roads.

In order to help them out, park rangers at Holyrood in Edinburgh have shut the road between the bottom of Arthur’s Seat to Dunsapie Loch over the last few weeks to keep out cars and discourage cyclists.

Rangers from Historic Environment Scotland also put metal covers over roadside drains to stop the toads from falling in and drowning.

This year, a number of paramedics and nurses in Edinburgh joined the nightly toad patrols after seeing an increase of toads crossing the busy bus lanes at Edinburgh Royal infirmary.

Although a recent cold snap has most likely meant an end to the seasonal migration, LARG is still able to help toads if there are any future public sightings.

If you do see any while out in the Lothians, email Lothianarg@outlook.com to pass on the information.