US authorities want to extradite the man, who they say is named Nicholas Rossi, for a sex assault charge in Utah. 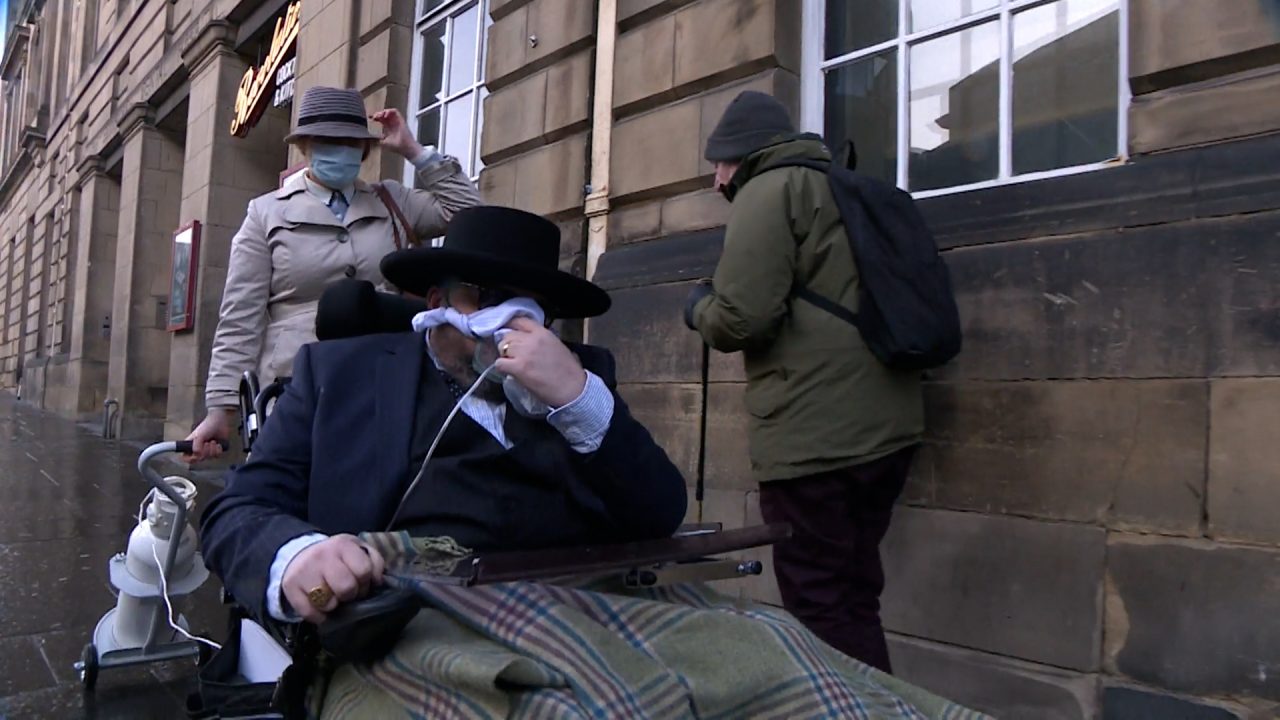 A man who is accused of faking his own death in America to escape a sex assault charge has appeared in court in Edinburgh.

US authorities want to extradite the man, who they say is named Nicholas Rossi, for a rape charge in Utah – but the suspect claims his name is Arthur Knight.

The court heard his identity would be dealt with at a full hearing in May.

The accused arrived at Edinburgh Sheriff Court on Thursday in an electric wheelchair while wearing an oxygen mask and a fedora hat.

He was first arrested on December 13 last year after being admitted to the Queen Elizabeth University Hospital in Glasgow as he was suffering with Covid-19.

He is said to have checked into the medical facility using the alias Arthur Knight, however he was traced following a tip-off from Interpol while he was on a ventilator in intensive care.

Sheriff Alistair Noble remanded the man in custody following a hearing last month, but he was given bail at the Sheriff Appeal Court last week.

A condition of his bail is that he allow police officers to visit his home at any time of day.

During the court appearance on Thursday, lawyers acting for the man asked prosecutors to make the police visit order “less stringent”.

Solicitor John Good told Edinburgh Sheriff Court that the police were repeatedly calling at the man’s house in Woodlands, Glasgow.

He said the visits are causing “difficulties” for the man, who is receiving treatment after falling seriously ill with coronavirus.

The solicitor also told the court that if the order wasn’t made less stringent, lawyers could make a legal challenge on the basis that the requirement was “oppressive”

Mr Rossi told US media in December 2019 that he had late-stage non-Hodgkin lymphoma and had weeks to live. Several outlets reported that he had died in February 2020.

Rossi, who also goes by the name Nicholas Alahverdian, is accused by Utah prosecutors of fleeing the US to avoid prosecution for an alleged sexual assault in 2008. He is said to have attacked women in the states of Rhode Island, Ohio and Massachusetts.

Mr Good started proceedings by saying: “I represent Nicholas Rossi or Mr Knight as he prefers to be known as.”

Sheriff Welsh continued the man’s bail and scheduled hearings to take place in April and May 2022.