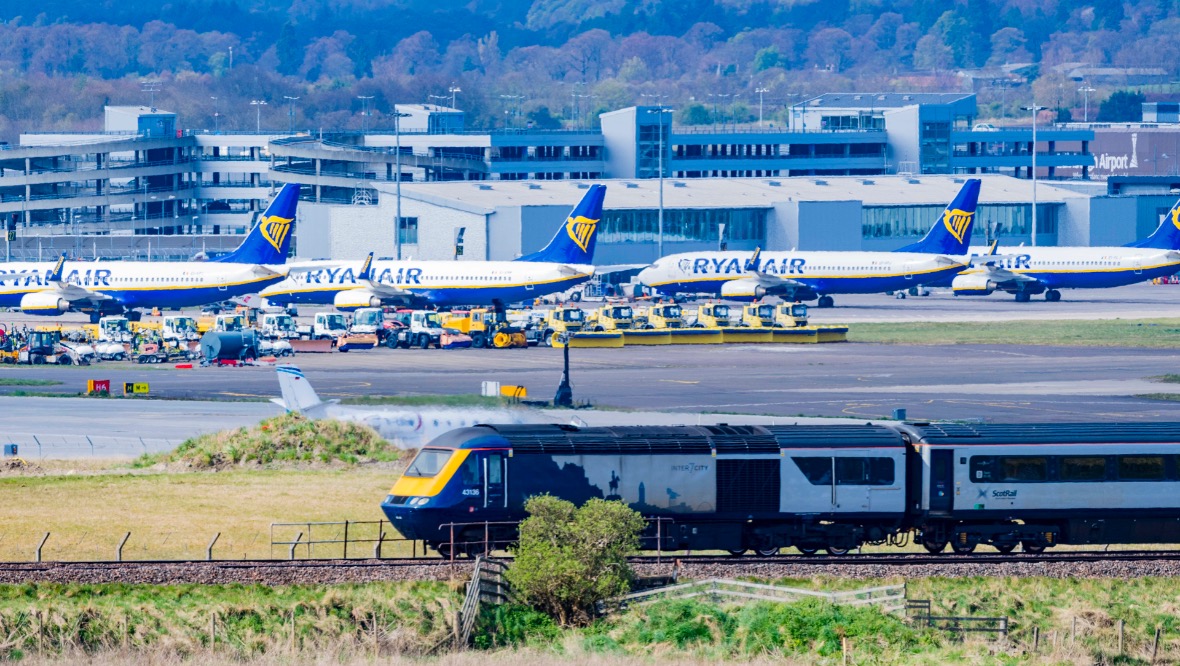 The chief executive of Edinburgh Airport believes mandatory testing of travellers will play a key part in the industry’s recovery from the coronavirus pandemic.

Gordon Dewar says demand has fallen as low as 1% for this time of year and has proposed a testing regime that he believes will be vital in the months ahead.

He said: “Well, we are back to where we were in April and May last year. Which is almost no demand, down to 1% or 2% of what we would normally expect at this time of year.

“And of course, there is no real end in sight to that yet, so it is really unclear when we can hope to get things back up and running again.

“It all seems to phase really on when we can be confident that the vaccine has been effectively rolled out, and when that will allow restrictions to be lifted.

“We have suggested all along that a testing regime is going to be a part of the solution, it’s an important part in terms of getting a run at a recovery before a vaccine is fully effective, but also, going forward, it may still have a role for certain countries or certain individuals or groups.

“We have had proposals in front of the government for quite a few weeks now and we are hoping that will be listened to.”

Meanwhile the SNP’s Westminster leader has called for the UK’s borders to be closed to “all but essential travel” to prevent new strains of Covid spreading.

Ian Blackford made the plea after warning the UK Government must “act in a timely manner” to respond to the pandemic.

He told the Commons: “Nobody would say that this Prime Minister is one step ahead of tomorrow or acts and shows leadership in dealing with this health pandemic.

“The PM was slow to act in the spring of 2020, slow in the autumn and here again, reacts after the events to the threats that we all face.

“On travel, is the Prime Minister prepared to learn from his Government’s past mistakes?

“Will he consider closing the UK border to all but essential travel to prevent new strains of the virus spreading?”

Johnson replied: “As I said just now, we will make sure that we protect our borders from the readmission of the virus and he has seen what we did already in the case of the South African strain.

“And we’ll bring forward further measures to stop the readmission of the virus.”

The Government is due to set out its plans in the coming days, with the introduction of pre-departure testing expected.

The Prime Minister’s official spokesman told reporters: “We are working at pace to develop appropriate measures.”

The spokesman said measures had already been introduced to try and stop cases being imported – such as the quarantine requirement.

But “the global and domestic situation that we are seeing has changed, with increasing levels of coronavirus, so it is important that we take the action we need to ensure that we try and reduce the risk even further,” they added.

The principle of pre-departure testing “will provide for an extra layer of protection against the virus”, the spokesman said.