Crowds have been flocking to Pittenweem's outdoor pool to soak up the sunshine as the official opening takes place this weekend. 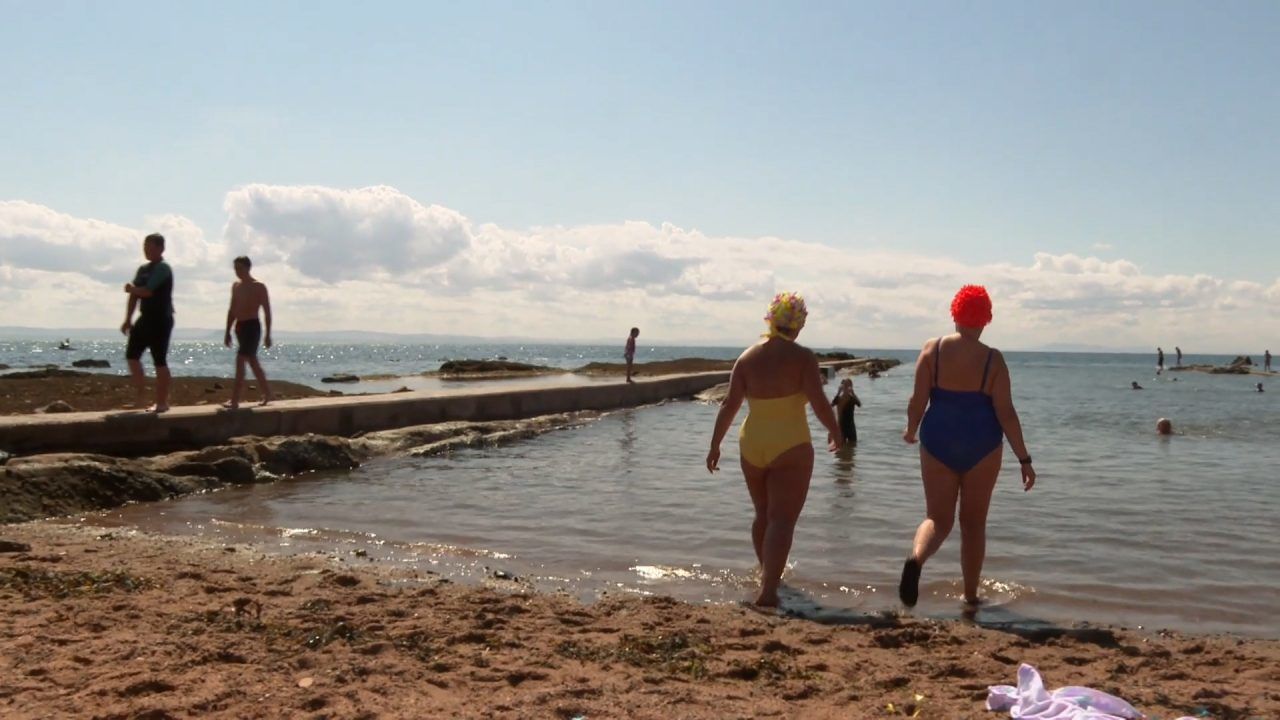 An abandoned coastal swimming pool in Fife has been given a makeover after a successful restoration project.

Crowds have been flocking to Pittenweem’s outdoor pool to soak up the sunshine as the official opening takes place this weekend.

Organisers are hoping the revamp will open a new chapter for the 130-year-old pool in East Neuk.

David Thomson from the West Braes Project told STV News: “It’s been a long time coming, the amount of hard work that’s gone on behind this to get the scenes that you’ve got behind you today, it’s just been brilliant.

“Overjoyed, the payback we’re getting is to see the people enjoying themselves,

‘It’s been a long time coming, the amount of hard work that’s gone on behind this to get the scenes that you’ve got behind you today, it’s just been brilliant.’

“The weather we’re getting just now this summer, we couldn’t get any better.

The pool was built in an era when outdoor bathing was a popular activity but like so many seaside attractions, it fell into disrepair.

Wishing to restore the pool to its former glory, the community led a project to dredge the floor, restore safe access and seal leaking walls.

Patricia MacGeachy of the West Braes Project said: “Come on, look at it! The sun is shining a million diamonds on the sea and the fishing boats.

“Look at the clouds if you’re into clouds! It’s gorgeous.

“Tents on the beach – never that in my day. It’s gone a bit upmarket with wetsuits – we were just shivering in little costumes.”

One local swimming group taking full advantage of the £270,000 upgrade is the Menopausal Mermaids.

Member Donna Watson told STV News: “I’ve been swimming for a few years and I have friends, relatives, school friends – there’s a group of us that have gone about together for a while and I suggested they try it one night.

“One of them came the next day, another came the following day and all of a sudden everybody came and they just really enjoyed it.”

Julie Brooks, also from the Pittenweem Menopausal Mermaids, “The pool has always been the most amazing asset for the community and we swam in the pool before the renovations but of course now, the bottom is clean – it feels a lot safer.

“We’ve got lovely terraces with benches where we can put all of our gear out. We can sit and have a wee chat afterwards.

“It’s just really made a big difference to the atmosphere of the pool.”