A9 closed after military lorry overturns at roundabout in serious crash

The incident happened at around 9.45am on Tuesday near Dunblane.

A major road is closed southbound after a serious crash involving a military truck near Dunblane.

Emergency services responded to the incident on the A9 near Keir Roundabout north of Stirling shortly after 9.45am.

Traffic began building up after the lorry overturned.

A Police Scotland spokesperson said: “We were made aware of a crash involving a single vehicle on the A9 near Keir Roundabout shortly after 9.45am on Tuesday, November 23.

“Emergency services are currently at the scene and the road is closed southbound, with a diversion in place through Dunblane.” 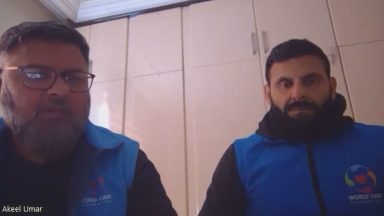