Dunblane massacre: Timeline of school shooting that shocked a nation

Sunday marks 20 years since Thomas Hamilton took 18 lives in Dunblane Primary including his own.

May 10, 1952 – Thomas Watt Hamilton is born in Glasgow to Thomas Snr and Agnes, however the couple were divorced by the time Thomas was born. Growing up with his mother’s adoptive parents they moved to Stirling when he was 12 and he went on to attend local schools, a rifle club and the Boys Brigade.

1973 – In July, Hamilton was appointed assistant leader in the 4th/6th Stirling Scout group. A few months later he was seconded as leader to the 24th Stirlingshire troop however complaints were made against him including accusations Scouts were forced to sleep with Hamilton in his van on expeditions.

May 13, 1974 – Hamilton’s Scout Warrant is withdrawn and he is blacklisted by the Scout Association. A later attempt to rejoin the Scouts as a leader in Clackmannanshire is unsuccessful because of this.

1990 and 1991 – Sixteen children are born over the course of the few months, and would go on to form the primary one class of Dunblane Primary School in 1995/96.

1993 – Hamilton worked as a shopkeeper but the business venture failed. He blamed this on the rumours surrounding him as a youth club leader and the reputation held by parents and children in the area.

8.15am – Hamilton was seen by neighbours scraping ice from his van outside his home at Kent Road, Stirling, five miles away from the town of Dunblane.

9.30am – He arrived at Dunblane Primary School and parked the vehicle near a telegraph pole in the car park of the school. Using pliers from his van the 43-year-old cut cables at the bottom of the poll and then entered the school through a door near toilets and the gym hall.

9.35am – In the gym hall, separate from the main school building, were 28 pupils of the primary one class. With them were P.E. teacher Eileen Harrild, class teacher Gwen Mayor and Mary Blake, a supervisory assistant. Hamilton was wearing combat fatigues with firearms goggles and ear defenders on. Armed with four licensed handguns, he is believed to have first fired two shots at the stage in the main hall and the girls’ toilet near where he entered.

He then started shooting at random with Ms Harrild sustaining injuries to her arms and chest before she scrambled into a storage cupboard at the side of the gym with four of the children and Ms Blake who had been shot in the head and both legs. Ms Mayor was shot and killed instantly; and it later transpired she had been shot six times.

The first round of shots killed one child and injured several others. Hamilton then fired more sporadic shots turning towards children who were still in the hall. He then shot towards a pupil from another classroom who saw the incident unfolding through a window, but the child was only injured by the smashing glass as they ran away. Hamilton made a brief exit from the gym through a fire exit and shot towards the library cloakroom with one bullet striking and injuring staff member Grace Tweddle.

After firing more shots towards a mobile classroom, where the primary seven pupils were being taught, Hamilton re-entered the gym and killed himself with one final shot with the barrel of the gun in his mouth.

9.41am – Headmaster Ronald Taylor made the first call to the police after being alerted by assistant headmistress Agnes Awlson of the incident. She claimed to have heard screaming from the building while Mr Taylor had assumed it was from builders on the site.

He went to investigate and arrived after the shooting had ended, before rushing back to his office to get deputy headmistress Fiona Eadington to call ambulances at 9.43am. Five minutes later the accident and emergency ward at Stirling Royal Infirmary were informed of the incident and prepared for multiple casualties.

9.57am – The first ambulance arrived in response to the 999 call while a medical team from Dunblane Health Centre arrived at 10.04am. Staff from centres in Doune and Callander also attended the scene to deal with those who were injured. Medical teams from SRI arrived at 10.15am while more staff came at 10.35am having travelled from Falkirk and District Royal Infirmary.

11.10am – All the injured victims were taken to SRI however one died on route to the hospital. In the hours after Hamilton walked into the school concerned parents rushed to collect their children, the media descended on the town and the world struggled to come to terms with what had happened. Meanwhile the injured who did survive were transferred to the hospital in Falkirk and the Royal Hospital for Sick Children in Glasgow.

11.15am – Chief Constable Willie Wilson makes the first public announcement, confirming 13 children were dead with several others in hospital. Later that day at 1.45pm Superintendent Louis Munn announced the number of fatalities had risen to 16 children and two adults. It took several more hours for the parents of the children to be informed of what had happened.

9.45pm – A press conference is held at Victoria Halls, with Superintendent Munn confirming the names of the children who died.

March 14, 1996 – As detailed in the article above, John MacKay writes: “A package was delivered to STV (and other media outlets), just a brown A4 envelope with the address hand written in small, untidy letters.

“It contained copies of letters sent by the killer Thomas Hamilton to the Queen, the Scottish Secretary and the local MP charting a growing grievance about how his work with children was being undermined. It was chilling to realise suddenly that he had sent them himself.

“He had posted them the previous day. It could only have been when he was on his way to Dunblane.”

March 15, 1996 – The first memorial is held in a vigil and prayer session at Dunblane Cathedral just two days after the shooting took place.

March 17, 1996 – Mother’s Day in Britain became more poignant with the tragedy still very much at the forefront of the nation. The Queen and Princess Anne attended a memorial service, again held at the cathedral. They also visited the surviving children in the hospital.

An Old Firm game taking place at Parkhead also commemorated the events of the week with a one minute silence held before the match.

March 19, 1996 – Nearly a week on from the events the body of Thomas Hamilton is cremated in a private ceremony. The first of the funerals for the victims also took place with the 17 victims laid to rest then and the following day.

March 22, 1996 – Dunblane Primary School reopens for the first time since the shootings.

April 11, 1996 – The gym hall at the primary school is demolished and work begins to replace the area with a memorial garden on the school grounds.

May 29, 1996 – An inquiry is launched into the massacre with Lord Cullen recommending tighter controls on handgun ownership. Having been one of the first on the scene, John MacKay also reported on the first day of the hearing which was attended by parents of the pupils killed as well as teacher Ms Harrild.

July 20, 1996 – Irish singer Chris de Burgh holds a tribute concert at Stirling Castle for the Dunblane appeal fund. In the same month, a petition was launched by the parents of the victims to the Westminster government asking for a change of gun laws. More than 705,000 signatures were collected.

October 9, 1996 – Another memorial service takes place at Dunblane Cathedral and is transmitted live on the BBC.

December 1996 – Bob Dylan had been approached by Scottish musician Ted Christopher about authorising a new verse for his single “Knockin’ on Heaven’s Door”. The single was released on December 9, with children from the village singing the chorus, and reached number one in the UK Singles chart on December 15.

February 1997 – The Conservative government at Westminster, led by then Prime Minister John Major, begins to introduce the Firearms (Amendment) Act 1997 following the inquiry held in the aftermath of the tragedy.

On May 2 that year Major’s party were voted out and Tony Blair was able to form a Labour government. The new Prime Minister continued the introduction of the act which was approved on November 27 and commenced on December 17 in England, Wales and Scotland.

March 14, 1998 – Another memorial garden is opened, pictured above, this time at Dunblane Cemetery where Ms Mayor and 12 of the children are buried. A plaque remains there with all the names of those who were killed. Pictured below is “A Flame for Dunblane” which was unveiled on April 5, 1998.

March 12, 2000 – A standing stone is placed and dedicated in Dunblane Cathedral with quotes on all four sides of the two-metre monument.

October 2005 – Lord Advocate Colin Boyd reviewed an order on documents from the inquiry which had been closed from the public, but were released a few months before the tenth anniversary of the massacre. They revealed a number of complaints made to police about a summer camp Hamilton hosted at Loch Lomond in 1991. Documents about the children, as well as Hamilton’s autopsy, remain sealed under a 100 year order.

March 10, 2006 – A new memorial to the teacher and children is unveiled at Dunblane Cross roundabout a decade on from their deaths. 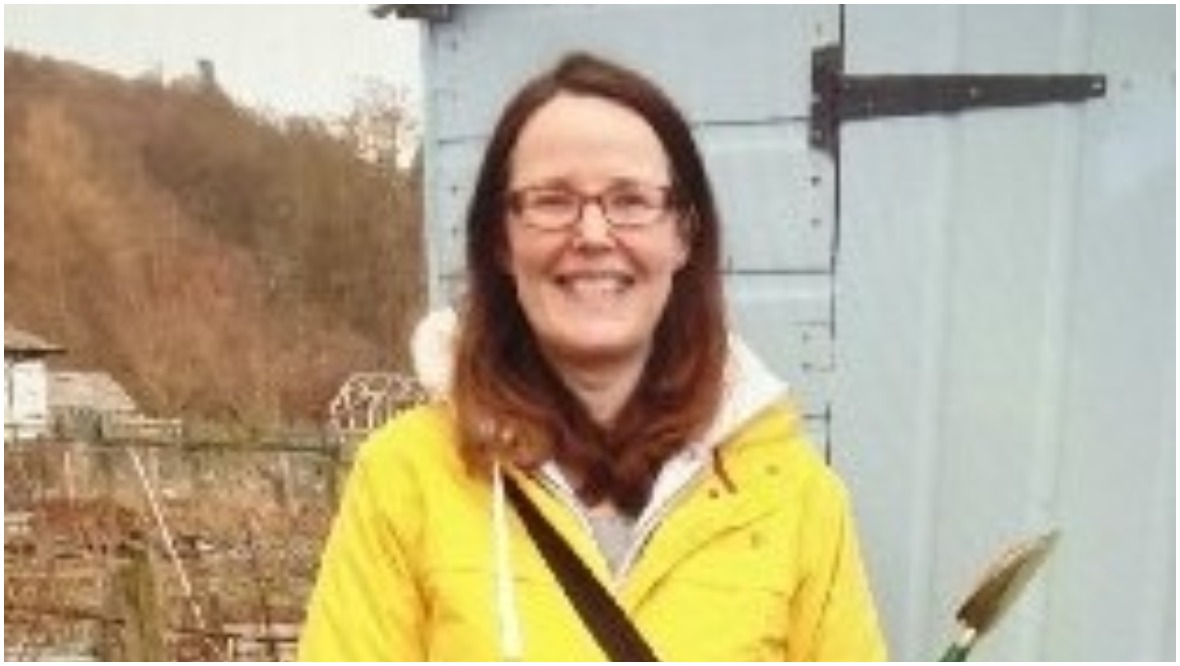 Search for missing woman who failed to return to hospital